Testimonials about Dorothy and PS&T

I have been working with Dorothy Hamburg, Exercise Physiologist, from 2017 through the present. I thought my strength, posture, stability, and flexibility were all great! Just needed a bit extra so I could carry my new grandson up the stairs! It turned out I was mis-aligned in a few areas and not as strong or stable as I thought.

Dorothy’s approach and the exercises she has recommended and supervised have brought me to a whole new place in my body and in my confidence about lifting and other physical activities. I can’t begin to recommend her highly enough. Her knowledge, clarity, focus, and overall approach to physical fitness goes way beyond what a “personal trainer” might do, mainly because of her deep knowledge of anatomy and physiology.

Workouts are based on an individualized program to target specific weaknesses and imbalances, making her work more like physical therapy than exercise. Five stars for all areas go to Dorothy! She should be the first person you consult for any physical concerns or limitations, including rehab for injury (my shoulder) or weird physical issues (my spine/posture). Thank you, Dorothy! From Alison. I have been working with Dorothy for 10 years. I was a very overweight, sedentary mom of a teenager. I had tried running on my own, and hurt my hip. I was then told by a PT that I should never run again. With Dorothy’s expert guidance and strength training program, I have since completed 10 triathlons, 12 half marathons, and one full marathon. I am a back of the pack runner, but Dorothy makes me feel like I am the most important athlete out there! I came to Dorothy as a broken long-distance trail runner with a host of aches and pains.  I left healed and strong, with a set of tools that has kept me injury-free, helped me finish dozens of ultras from 50K to 100 miles, and run thousands of miles pain-free.  She will fix what ails you.  Go! 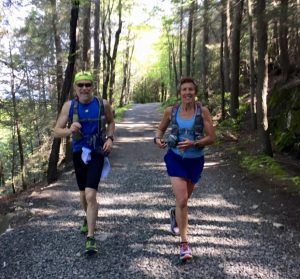 I recently found myself with an agonizing frozen shoulder that was forcing me to forego the activities I love, and affecting my ability to work. I began working with Dorothy in January of 2019 and began seeing results in the first weeks of therapy. I improved noticeably with every session, and in August of 2019 I was able to garden and play guitar as much as I wanted and maintain a full-time schedule as a bodyworker. Dorothy’s skills, knowledge, and dedication to her clients, combined with a client’s will to work toward healing are a potent combination. 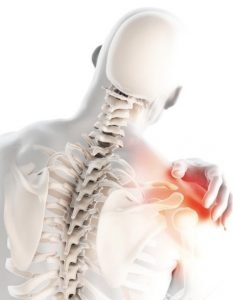 Dorothy is my hero! She was working with my husband and noticed that I was in pain. I was having difficulty just doing my normal activities. We worked together twice a week for several months. Now I can stand, get up & down and walk & wander around with no effort. I thought at 80 year that I just had to accept what nature was handing out. Wrong! I worked hard but Dorothy was there every step of the way for me.   Care for a walk ? 🙂 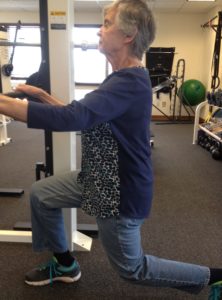 I am a 50 year old athlete currently competing in olympic-style weightlifting. I began working with Dorothy approximately 3 months ago. I had been to massage therapy and 2 physical therapists with a laundry-list of somatic issues, headed by significant low-back pain. Both P.T.s had helped, but only in a palliative way. I knew that lifting, and particularly back squats, was driving my problem, but I was not prepared to surrender my sport.

Decades ago, an osteopath had diagnosed me with a leg-length discrepency and resultant scoliosis, and when I walked into Dorothy’s office I believed my crooked structure was a permanent fixture which I had to work around–as I had been doing for decades.

Dorothy gave me the most thorough physical assessment of any practitioner I have seen to date, and taught me precise exercises to challenge the global muscle imbalances which I had accumulated throughout my body.

Fast forward to present and my back pain has been reduced to an infrequent annoyance, although my working sets for backsquats have increased a dramatic 30 lbs. I started with Dorothy hoping to reduce the pain I lived in, and this was quickly accomplished. I did not anticipate the profound change that was possible working under her exacting eye, however, which was the increased efficiency and thus heightened performance possible with a straighter, more balanced musculo-skeletal system. I got what I came for, but I also got so much more. 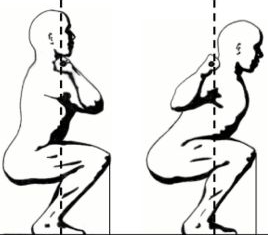 Having not run after a ten-year hiatus due to post-surgical arthritis in my right knee, it was quite a breakthrough for me to run my first race ever last Sunday: a ten-mile hilly trail run at the Mohonk Preserve, which I completed in 1h40, better than I would have ever imagined…

About a year and a half ago, I went to see Dorothy and asked that she helps me make my workouts more efficient. I also have a bad knee, bad shoulder, and bad back… I asked her, “Do you think you can help me?” “Absolutely!”, was her reply. I added that if I ever was able to go back to running, it would be the ultimate bonus. During this time, I did not see her as often as I would have liked to, but I kept my home program steady and went to see her when I felt I needed to be challenged. My workouts have been transformed and in turn, they have transformed me. She helped me work on my weaknesses, and as a result I became stronger in areas I never deemed possible (think abs…).

When I did my tryout run this spring, a run I’ve been doing for over ten years and never was able to complete due to knee pain, I was stunned that my knee was not hurting. So a week later, I tried again, and again, no pain… I was back into running and was delighted! I owe this opportunity and other improvements in my overall fitness level to Dorothy’s amazing knowledge and ability to clearly communicate the exercises she recommends. I am so thrilled to have such a competent trainer in my life. 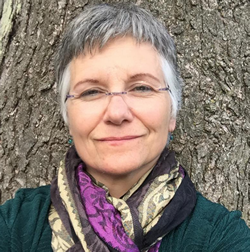 I would happily recommend Dorothy Hamburg’s services to any athlete who is coming back from an injury, and to anyone who is perhaps suffering silently from an injury they thought was not much trouble initially but just won’t resolve on its own.

Dorothy helped me recover from a knee injury sustained after falling from a galloping horse. My triathlon season came to an abrupt halt, and I patiently followed the instructions from my doctors to rest. When it came time to introduce running, months later, I was plagued by pain that surprised the docs.

I saw Dorothy after not being able to run for almost three months, and she deftly conducted her evaluation and came up with a strengthening plan that really WORKED. Her whole-body approach to movement imbalances picked up what was overlooked by the others. I am grateful to her, and happily (and carefully) running pain-free once again. 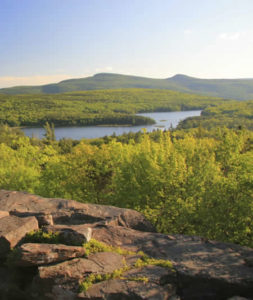 Colleen Cohen, professor of anthropology and women’s studies at Vassar College, and her husband decided to join a 500-mile bicycle tour from Buffalo to Albany. She had never cycled for any distance, but after training with Hamburg for several months, she completed the entire 500-mile route.

“The trip turned out to be relatively easy, because I was in good physical condition,” said Cohen. “I was thoroughly prepared.”

Rosemarie Hunt, 52, of Newburgh hired Hamburg in August following a disappointing finish at West Point’s triathlon. After only a few weeks, she competed at Danskin and bested her best-ever triathlon time by 20 minutes, taking third out of 29 in her age group.

“I did a whole year (training) by myself. That wasn’t too fruitful,” said Hunt. Her self-training resulted in uneven performances and injuries. She did well at Danskin for more than one reason, with the swim warm and the running and biking courses largely flat.

“But most of the kudos go to Dorothy. I did exactly what she told me to do… I’m sold on it,” Hunt said of Hamburg’s training.

Rosemarie Hunt at the Survival of the Shawungunks

Jean Bordewich, Red Hook Town Councilwoman, began strength and weight training with Hamburg last year. She had never done any running, but in September 2004, she asked Hamburg to help her train for a 5K Turkey Trot race in Florida at Thanksgiving. “I never even considered entering a race until I started working with Dorothy,” said Bordewich. “But she has inspired me to believe I can be more physically active than I imagined. “I gradually developed more confidence,” she said.

And so Bordewich decided that while visiting her parents in Clearwater, Fla., over Thanksgiving, she’d run the popular 5K turkey trot her husband and 15-year-old daughter traditionally run.

And in the end she may not have beaten her husband or daughter but she defeated whatever self-doubt lingered, finishing the race in just over 34 minutes, almost four minutes faster than she had dared hope.

“I feel very much now that I can set other physical challenges for myself,” Bordewich said.

My approach to health & fitness is interdisciplinary & progressive. I take the whole body & mind into consideration when designing an exercise & training plan. Each program is individualized and focuses on the musculoskeletal, neurological, biomechanical and psychological aspects of exercise.